How Can We Help?

When setting up Lifecycle Management, you will need to add the series your institution usesbefore you can add anything else. Series are groupings of faculty ranks within a broader position category.

Depending on how you organize your faculty, you may have any number of series in your institution’s set-up.

When creating a series you can:

Note that a series may incorporate ranks that do not ‘connect’ with one another on a professional journey, however, you cannot connect ranks that are not in the same series.

Unlike an academic journey, a series does not include logic for movement from one rank to another. It is just a grouping.

This article explains how to create a series. 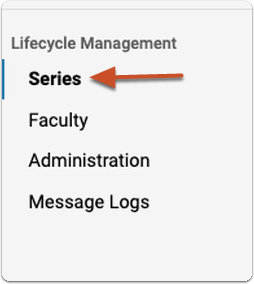 Click "Create Series" at the top right of the screen 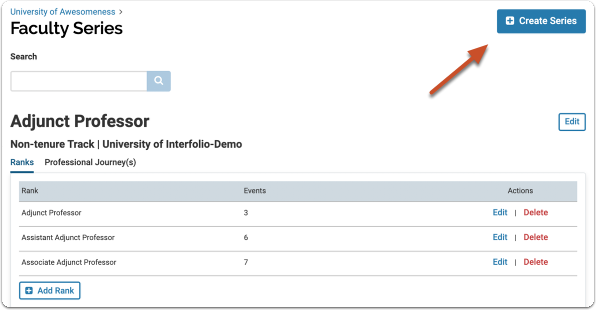 Enter a name for the series 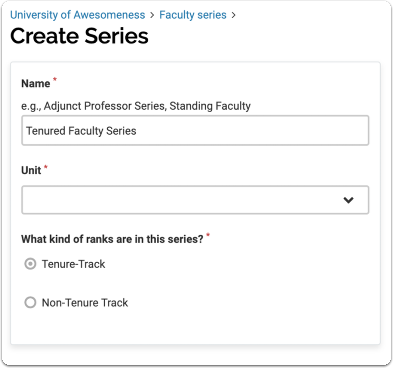 Select the unit for which you are creating the series 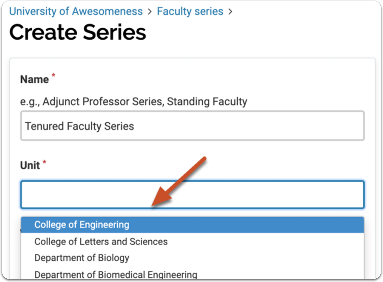 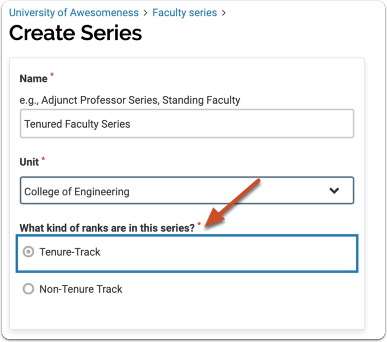 Your series will then appear listed on the Faculty Series page

To edit the series, click the Edit button to the right of the page.